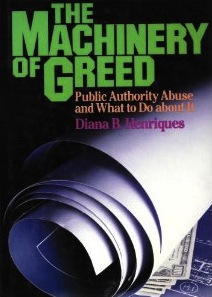 According to the report, the Utah HFA had handed over control of its multimillion-dollar investment funds to an inexperienced young man, who ran the funds for two years before being accused of embezzlement — an accusation the young man admitted in court the day after the report was released. According to his own account, he had looted the agency’s pockets through a simple ruse, undetected and undeterred by any internal controls or supervisory attention. He had been caught by mere chance when someone on his staff stumbled across an unfamiliar bank statement….

Agencies like the Utah HFA, the traditional public administration logic goes, are not supposed to fall prey to…lax management and outright corruption…The common wisdom for much of the century has been that public authorities…are simply too businesslike and efficient to fall prey to the corruption and managerial disarray that infect less businesslike, less efficient, more “political” units of traditional government….

A certain amount of make believe has always been woven into the American political fabric. The mythology about the businesslike, uncorrupted public authority might not be too harmful — so long as the public authorities themselves and the people who create and oversee them do not subscribe to the myths. But they often do. Thus, the myths have masked how vulnerable public authorities really are….

It is time to replace the myths with some healthy respect for the real, day-to-day temptations that public authorities face….”

Buy The Machinery of Greed: